Memories From Behind the Iron Curtain

As many of you know, Kylie and I live in a motorhome and we travel the country. We have been doing this full time for a little over 4 years now. Two winters ago we were in a campground in central Florida called Lake in the Forest. It is a wonderful campground that is a perfect getaway from the chaos of life. It is right in the middle of the Ocala National Forest, it is connected to a small lake and just about everything you could enjoy naturewise is there. Great place for artists, by the way. If you get a chance, you should check it out.

The owners of the camp ground are Bob and Debbie. Debbie's mother lives in a permanent house of the campground and is an absolute joy to visit with. After we had been there for a while she discovered that we were artists and writers, so she asked us to help her out on a couple of children's book projects that she was working on. Then she asked to do something very special :-D

She was eleven years old in northern Poland when the German's invaded in September of 1939. That invasion did not affect her family very much accept for the fact that her father and uncles were drafted into the war and were forced to leave the family. A few years later, however, the Russian's were pushing the German front line back through Poland. Both armies were destroying everything in site and few people survived the wake. The small town that she and her family lived in was right in the way and they were forced to evacuate.

In the dead of winter in northern Poland a mother and her children climbed into a horse drawn wagon and escaped to live in the streets, running from the war. Often, the war caught up with them and they were actually running down streets while soldiers were falling and dying beside them.

What she asked us to do that was so special was to write and illustrate her story for her. The more we worked on the project the more I realized that her story was a German Little House on the Prairie story. So I read the Laura Ingalls Wilder books and studied the art in them. The end result was self published through Lulu.com a year ago. It is called Memories From Behind the Iron Curtain. You can read the first chapter here if you like.

The reason that I am discussing this on my art blog is that this is an example of opportunity. Every where you go there are opportunities for art. Every person you meet has an incredible story. Listen to them, they will inspire you.

Here are a few of the drawings that I did for the book. I was inspired by the art if Little House on the Prairie and mimicked the style of that artist. 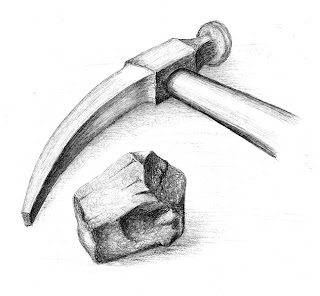 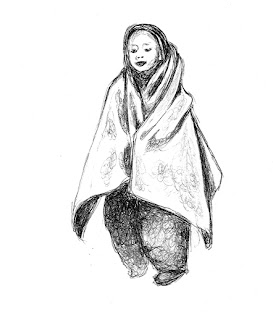 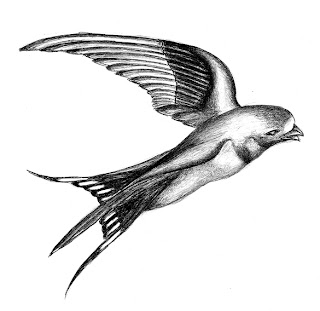 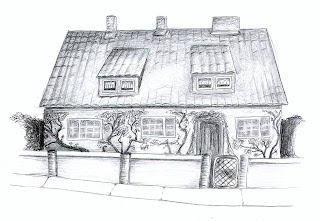 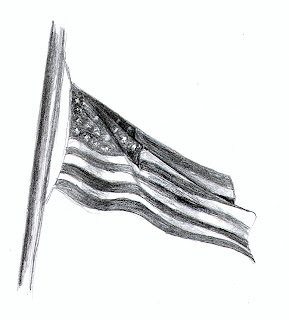 I love the little girl. All the drawings are beautiful but there is something about the little girl. (read The Painted Bird by Jerzy Kozinsky...not sure of the spelling of the last name. This is a haunting account of an orphan's travels throughout Europe during world war II. Oh,I am so jealous of your lifestyle. Someday... I am going to look back in your blog to read about all of the places you have visited. Lucky you and yours.

Lilly
There are a few things that I am passionate about. The arts are among those things. So, I spend most of my time either enjoying or creating works of art in one form or another.